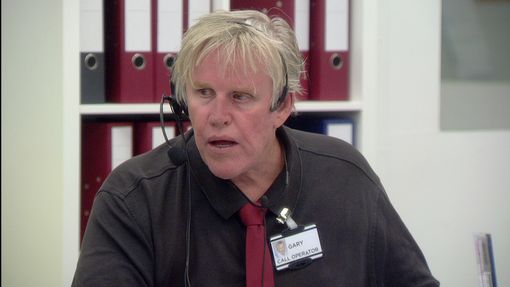 On one level, they’re just another cold call. Just another waste of time. Another reason to consider dumping your landline altogether (unless you’re like me, of course, and they have your mobile number too). Gah!

It starts the same way each time: “Hello, sir, my name is Kevin and I’m calling from Windows Security Centre.”

“We’ve been noticing some errors on your computer…”

If you’re one of the unfortunate people who’s not heard of the scam, and are taken in, you’re then guided to:

At each stage you’re slowly led into believing that Microsoft have spotted a problem with your PC or laptop, and are fixing it. But all they’re doing is pulling playing cards out from the bottom of the unsteady pyramid that is Windows, and one day soon it’ll all come crashing down.

But by then the Kevins will be long gone, as will that cash.

The man who knew too much (for my liking)

What makes me fume about these pathetic people (even more so than their bare faced cheek in the first place), is demonstrated by the experience of one of my customers, who called me in to check on her laptop, post-scam call.

Kevin began his spiel, but my customer made her suspicions known. This is when Kevin revealed that her laptop was so bad that it was damaging the internet connection of everyone else in her block of flats.

Yes, he knew she lived in a flat. He knew which block, and where. He described the grounds surrounding the block where she lived, and where I visited her. Need I add that this was a sheltered block? The mind boggles at how people can do this to their fellow humans.

Nearly taken in now, my client asked if she could consult the building manager about this, and Kevin agreed to let her call back. I don’t know whether he had nerves of steel (and an extra script to call on), or whether something even creepier was going on, but sadly on this day the building manager was elsewhere at that moment.

The emotional blackmail, once back on the phone, continued, and a credit card transaction took place, for several hundred pounds.

Luckily, our would-be victim couldn’t shake her paranoia, and called her bank soon after putting the phone down to Kevin. Said bank cancelled the transaction, and the money was safe. Unfortunately, that wasn’t the end of it.

And he was angry. I can’t tell you what he called my client, because she refused to divulge it. Her voice at this point in her tale gave the game away all to clearly. They were not nice words.

And as my client stood her ground, Kevin only got worse, and… well, my former amusement at this type of scam evaporated.

Grease stain on the fabric of life

(I got that subtitle from Googling what is an acceptable personal insult on a family-oriented blog. I want to call them much worse.)

To conclude: this is more hateful than a ‘straight’ scam. These people lie, call you names, threaten, cajole and put pressure on innocent and vulnerable people. They leave them with crippled laptops that cost more money to repair.

I cannot emphasise enough how important it is to tell anyone you know, who owns a computer, that this scam is still ongoing, especially if you think they’re at risk from being pulled in. And I’m not looking specifically at the elderly, because this can affect anyone, and my client was certainly not elderly.

And, if you get the call, be polite, let them chat for a moment, introduce themselves as Rachel or whatever. And then, when you’ve responded to the “We’ve noticed…” line with an angry tirade against unauthorised spying (that gets them angry, I tell you), clear you throat, pause…

Then yell ‘NINNYHAMMER!’ at them and slam the phone down.